Opinion: Netflix’s Jingle Jangle Has the Potential to be a Holiday Classic 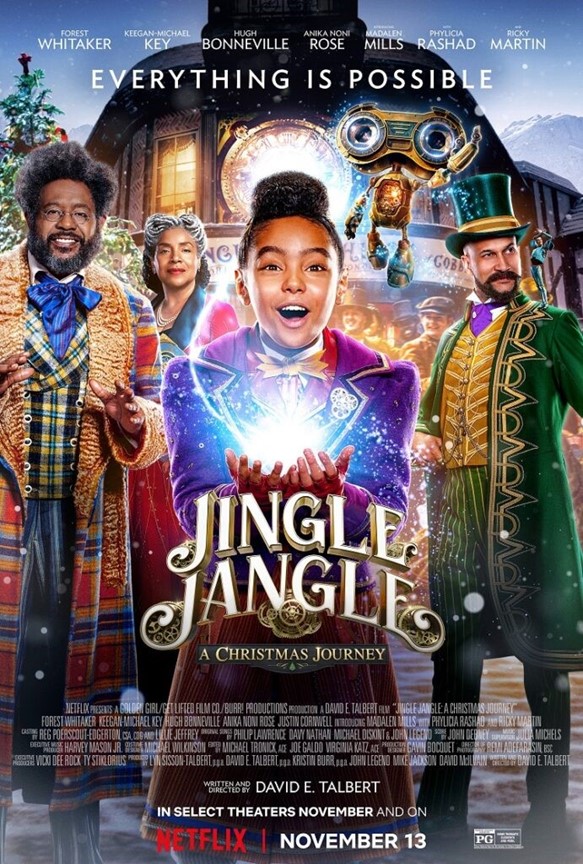 Nothing says Christmas like gathering around the television and sharing holiday movies during this special time of year. While there are the true Christmas classics like It’s a Wonderful Life, The Grinch Who Stole Christmas, and the Home Alone Trilogy, Netflix may have just added an instant favorite to the list, Jingle Jangle.

A mix of The Greatest Showman and Santa Claus sequels, the Netflix original film takes the approach to holidays from another perspective. The story begins with veteran toymaker Jeronicus Jangle (played by Forest Whitaker) owning a successful toy shop for the town of Cobbleton with his young apprentice, Gusatafon (played by Keegan-Michael Key). However, along the way Gusatafon crosses the veteran toymaker and steals his inventions to create his own multimillion-dollar toy empire. And it will take the love and belief of Jangle’s granddaughter Journey Jangle (played by Madalen Mills) to create in him that spark that he once had as young man to retrieve his inventions.

While Jingle Jangle does not offer the traditional storyline of Santa Claus and understanding the “meaning of Christmas,” it does offer a holiday experience of family, mathematical formulas, and holiday fun with a star-studded cast that is hard to find from an original streaming platform film. Netflix has certainly hit the mark for feel-good holiday films of this seasons and seasons to come.

Jingle Jangle: A Christmas Journey is available for streaming on Netflix with a valid subscription.