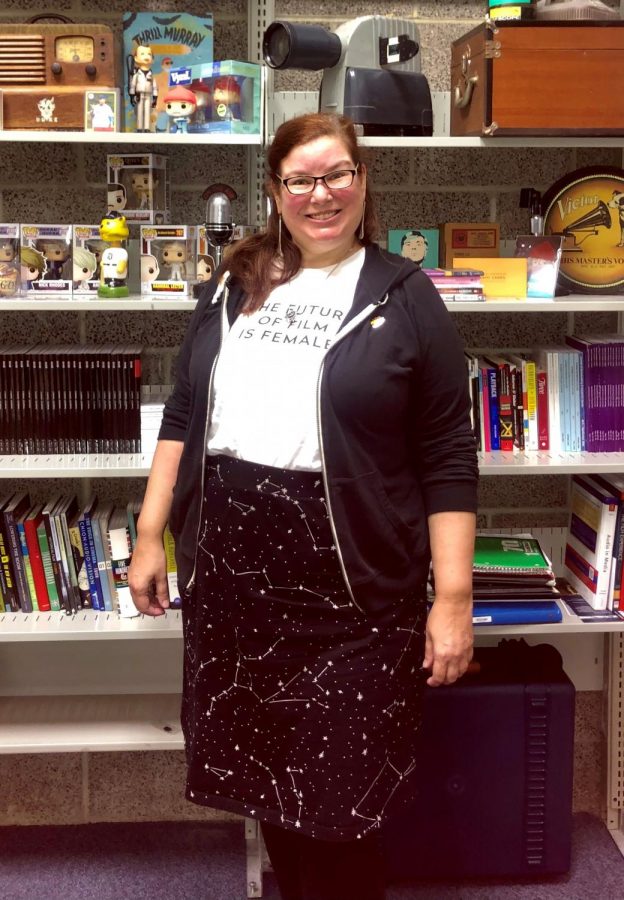 GSU can expect to have its very own radio station in the near future with the help of Assistant Professor Lara Hrycaj. This is her first semester as an assistant professor in GSU’s Media Studies program.

Hrycaj’s focus is audio storytelling and production, and she says one of the main reasons for coming to GSU was to “get started a radio station for the school.”

The radio station will be a part of The Center for Community Media, which is led by Professor Deborah James. The CCM serves as a production, teaching, and research center for GSU and the surrounding community, and it is the umbrella organization for student media networks such as GSU’s sport broadcasting, TWAG and The Phoenix news.

Professor Hrycaj said the CCM’s mission is to provide “more media options that is a way for students to be involved in media and to have an outlet to learn how to be media creators and producers.” Hrycaj that is a primary reason for developing a GSU radio station.

She hopes the station will bring an informative, yet entertaining opportunity for students to be able to do such things as news, music programming, and create public affairs shows/talk shows that include not only those on campus, but the surrounding community.

Course requirements have not been worked out, but Hrycaj said the current audio production courses can help students prepare, stating: “The skills that you’re going to learn, not only will be transferable to multiple things you can do within the industry, but the audio production classes will also teach you what you can do with the radio station as well.”

Though a lot of the station’s development is still in the works – such as when it’ll be up and running and where it will be located on campus – it is believed that students will have an internet station first, and that will eventually transition to broadcast.  Professor Hrycaj said: “An online portion of this might go live by the end of 2022. It all depends on if we have enough things in place.”

The school already owns a frequency, so a station would seem to be ready to go. However, there are a few minor obstacles in the way. “Really, it’s more of figuring out where can we call this home,” she said, “what equipment do we need, what is our initial startup cost, and then how many students do we need to get this to go?”

Those currently enrolled in the audio production courses and plan to take the following advanced courses can help to create projects and products that can be incorporated into the development of the station. Professor Hrycaj said: “The idea that current students that are currently involved in the media studies program, especially taking the audio production classes with me right now. That’ll be step one.”

Professor Hrycaj’s is making it her goal to bring this station to GSU.

“This is something that’s going to happen here in the future of GSU,” she said. “It’s going to be a major asset, not only for the Media Studies students, but also for the community once it gets going.”

In 1975-1977, there were talks of a possible radio station, but the Phoenix has not been able to verify if those initial talks resulted in any actions.