‘Delightful Quarantine’ brings a touch of lightness to GSU 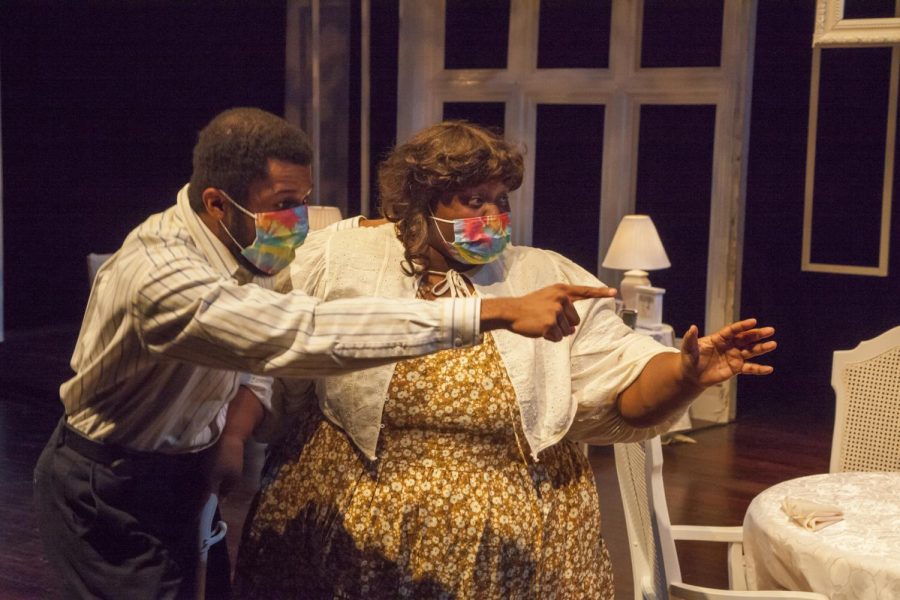 “The Delightful Quarantine” opened at the Center for Performing Arts on Nov. 4, and what a delight it was, though the term seemed to ooze sarcasm because the characters did not appear to be having a delightful quarantine at all.

The play, based on the book of the same name author Mark Dunn, takes the audience through the quarantines placed on individuals in the town of Susqua Creek Acres caused by an “alien invasion.”

There was comedy, drama, and heartwarming monologues, as the characters portrayed by GSU’s faculty, staff, and students came face to face with conflicting situations.

The quarantine conflicts varied from old ladies having to be quarantined with a burglar to marriages in shambles to a cat lady and her invisible cats stuck with her blind date who happens to have an allergy to cats.

The evening was filled with laughter and numerous members of the audience uttering comments such as “Oh my God, that’s hilarious.”

The play seemed appropriate for a civilization beset by pandemic.

Anthony J. Sims, the play’s director who has been involved in film for nearly 20 years, said: “I chose this play about a year ago, I wanted a relevant production, and with COVID’s restrictions, it made having my actors wearing masks even more appropriate.”

The storyline and performance of the actors did not disappoint, despite their wearing masks.

“This has been so much fun,” Sims said, “It’s also been a challenging process, finagling with some actors having zero experience … It’s been a joy; this was a first-time performance ever for 50% of our actors on stage.”

One would never know; the performances did not appear forced or untrained, quite the contrary. Audience members were surrounded by an evening of entertainment and lightheartedness. The play managed to reel in guests, selling out all three performances this past weekend.

“It’s been fun and exciting to see that all of our shows are currently sold out this weekend,” Sims said. “We worked hard, and we played to focus on comedy. We all could use a laugh these days.”