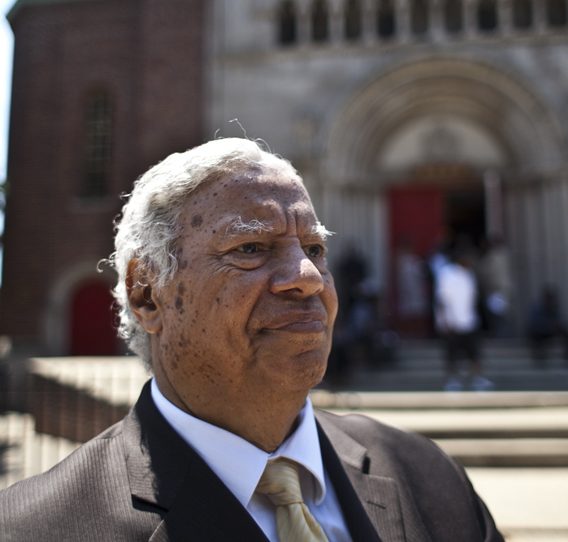 Spencer Leak Sr. is a prominent civil rights activist and a leader in establishing and preserving the sacraments of burials and funerals for African American people.

Born in 1937, Leak took on the role that was passed down to him by his father, A.R. Leak who was a pioneering Chicago mortician, opening Unity Funeral Home in 1933, and A.R. Leak Funeral Chapels in 1938. These became the first major funeral homes for black communities. In 1970, Spencer Leak Sr., became the president and funeral director of Leak and Sons Funeral Chapel.

Leak was born and raised in Chicago and grew up near 37th Street and State Street. He attended Wilson Junior College and graduated from Worsham College of Mortuary Science in 1959. Leak served in the U.S. Army in 1960, stationed in West Germany. He became involved in the civil rights movement and joined thousands of African Americans in 1984, in a protest led by his father and Rev. Clay Evans against the Oak Woods Cemetery, which was racially segregated.

After taking on the role of director of his family’s funeral chapel, Leak went back to school and earned his Bachelor of Science degree from Daniel Hale Williams College in 1979 and then later his Master of Science degree in Criminal Justice from Chicago State University in 1981. Leak held prominent roles in Chicago’s Public service positions such as Illinois Attorney General in 1982 and executive director in Cook County Corrections in 1987. Leak resides in Chicago with his wife and three sons.