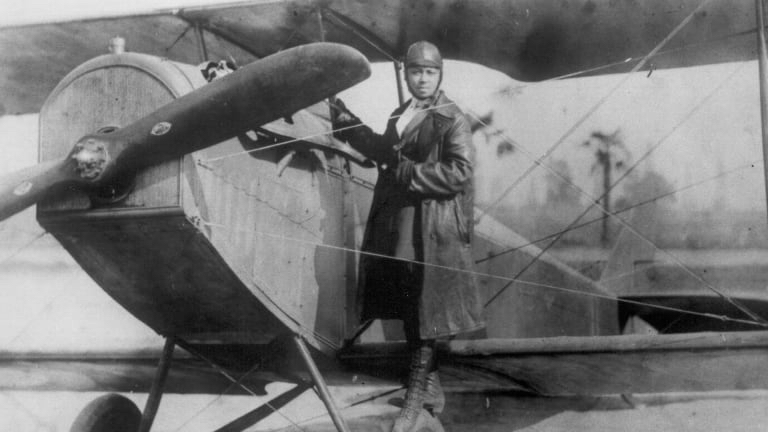 Born in 1892, in Atlanta Texas, Coleman was the 10th of 13 children of sharecroppers. At age 12, she attended a missionary Baptist Church School on scholarship, excelling in math. At 18, she saved enough money and enrolled in Oklahoma Colored Agricultural and Normal University in Langston, Oklahoma. After completing one semester, she returned home when her savings ran out.

At 23, Coleman moved to Chicago living with her brothers and working as a manicurist and then at a chili restaurant where she heard stories of flying during wartime, which sparked her interest in becoming a pilot.

American flight schools did not allow women or people of color to attend or study, pushing Coleman to study abroad in France where it was allowed. Landing in France in 1920, Coleman took classes to learn the language as well as completing courses for aviation. On June 15, 1921, she became the first black woman and first native American to earn an international aviation license. She became famous as a stunt flier, performing dangerous tricks that earned her the nicknames “Brave Bessie,” and “Queen Bess.”