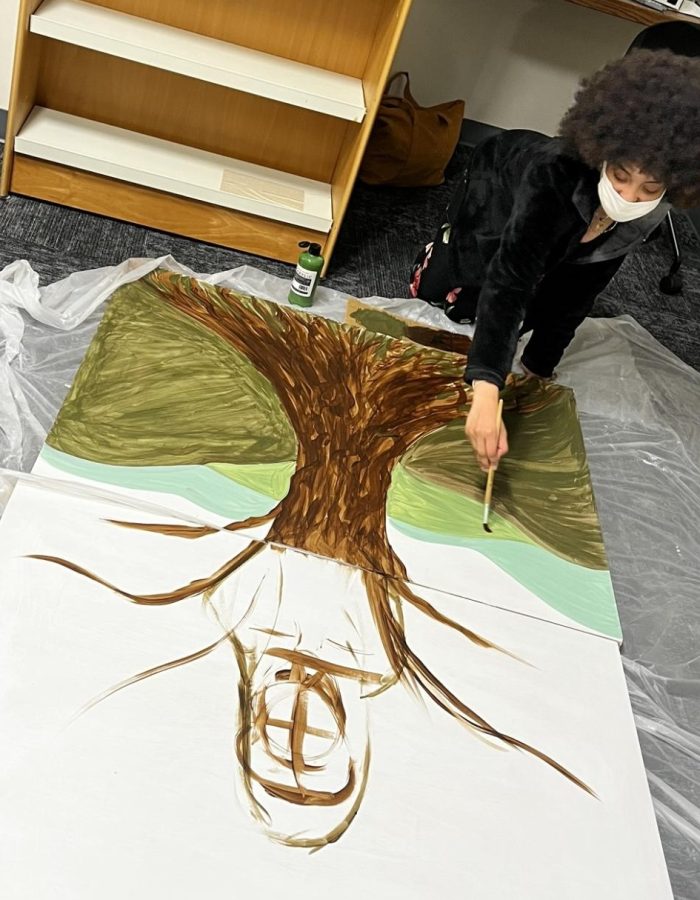 In early January of this year, GSU and community members were devastated to learn of the tragic death of student LaNiyah Murphy to gun violence.

Murphy was a passionate, outspoken opponent of gun violence. She was extremely active in the organization Bold Resistance Against Violence (BRAVE), pushing efforts to promote peace and safety and speaking out against Chicago’s gun violence.

GSU students Latia Jackson and Dominique MacLean worked to complete a mural that will be unveiled in mid- to late May, and it will be permanently located at GSU’s Art Department in honor of Murphy.

The mural showcases Murphy’s exemplary work, achievements, and efforts for her community, family, and friends.

MacLean spoke about the concept of the mural: “When we were asked to make this mural, it was important for us to remember and honor her achievements in life and represent her beauty and presence that she brought to the GSU community.

“The mural will be a large tree, flushed with nice earthy roots that will guide your eye up to the portrait of LaNiyah, cradling  a ball of sunlight that encompasses what LaNiyah stood for.

“Colorful leaves will be behind LaNiyah’s portrait, and on those leaves will be the words of GSU community members, including words of encouragement, heartfelt messages, and memories they may have shared.”