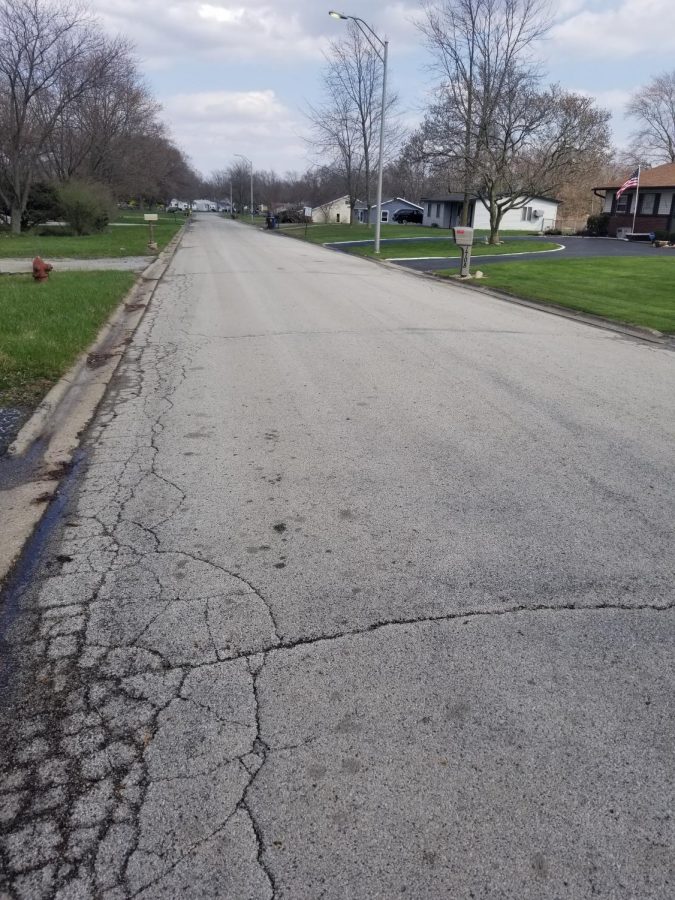 It has been a few since the state of Illinois went under quarantine due to the Corona Virus outbreak. Many residents rushed to grocery stores to stock up on supplies; huge lines formed as everybody tried to make sure they had enough to ride out the storm.

And the hospitals aren’t having much luck either, with many medical facilities being filled to overcapacity and medical supplies running low. Students of all ages are unable to physically attend class and are instructed to take online lectures. Numerous working citizens got laid off or fired due the outbreak, leaving ten million Americans filing for unemployment.

As the days became weeks, the economy, and our lives as we know them, grind to a halt. The government allowed some businesses to be open for the public, grocery stores being one of them, if the people need to restock on supplies. Then, with no other option, we waited.

Towns, cities, and roads all were basically empty. People who are normally outside are now hunkered down inside their house, waiting for the quarantine to be lifted so they can go back to the way things were, to go back to when we had control over our lives. We thought we had control… And that fantasy of us being nigh untouchable came crashing down around us, leaving us with anxiety and empty streets.