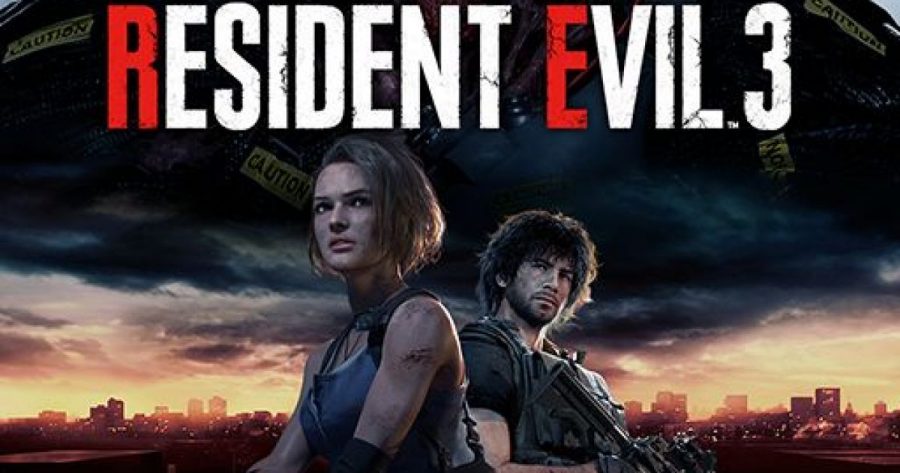 This was the moment that all Resident Evil fans were waiting for. On April 3 2020, Resident Evil 3—a remake of a 1999 PayStation game of the same name–was released. Being a Resident Evil fan, I had to get my hands on this game. Resident Evil 3 put you right into the action with Nemesis. Nemesis is an elite tyrant designed to kill S.T.A.R.S members. The playable characters in this game are Jill Valentine and Carlos Oliveira. Jill Valentine is an elite operative for the police. She has Special Forces training and is able to use a lock pick. Carlos is part of the U.B.C.S and uses a machine gun for everything. I liked playing as Carlos more because of his funny lines. One of his lines “What kind of Sci-fi bullsh$t is this” and another one was, “I’m not going to leave you in a cruel, Carlos-less world.”  Jill has the perfect Dodge mechanic, while Carlos has the perfect punch. The perfect Dodge came into play when fighting Nemesis Stage 1—a terrifying tyrant that is able to use weapons against you. Instead of using a minigun, he uses a flamethrower. He tracks your every movement in the game. The problem with this game that I saw was that nemesis never leaves you alone in his first stage. Overall, the game brought back a lot of memories of younger me. It was nice to see an updated Nemesis again.

There are pros and cons to this game. The pros are that we get to play a remake that we have been waiting for. I personally liked the gameplay mechanics. It was nice looking at downtown Raccoon City. Another pro was Nemesis. He stalked you non-stop throughout the game. The weapon choice is amazing as well. The weapons you get are ranged from a pistol and a shotgun. The cons are that enemies can kill you with one shot. Another con is that there are only two puzzles in the game. The original game had puzzles everywhere.

I have been a fan of Resident Evil ever since I was 4 years old. My best friend Larry got me into this game series. He showed me the game and I loved it. Even though Leon S. Kennedy was not in the game, I was not mad.  This game proves that even a remake can bring new life to old bones. The game mechanics were a lot cleaner. No more tank controls. Now if you can, pick up your copy of Resident Evil 3 and get scared by Nemesis. Can you out run him?